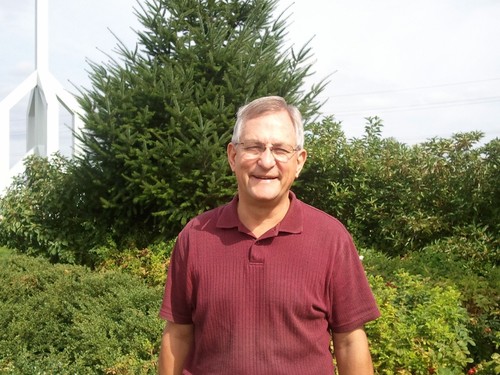 Dennis grew up in the south, learning from his parents about the truth of the Bible. At a young age, he trusted Christ and was helped to grow in his small church in Atlanta, Georgia.

After High School, he was accepted into Bible College in Chicago where he studied for a General Bible Degree.

In 1968, he was inducted into the US Navy during the Viet Nam conflict. During this time in the Navy, Dennis was introduced to the Navigator Ministry and received great coaching and training in Disciple making. His four years aboard ship was a great time to work out his convictions and training. God used this time to bring many men to Christ and see them mature in Christ.

After the Navy, he completed a Degree in Business Administration at Point Loma College in San Diego. After graduation, he joined the staff of the Navigators and began ministering on the Campus of San Diego State for six years and then moved to the University of Oregon for seven years.

In 1989, the Navigators formed a joint venture with Multnomah Bible College and began Mission Portland. During this time Dennis gained much experience in working with pastors and churches in prayer and disciple making.

From 1999 to 2004 he took on leadership roles at Greater Portland Bible church and assisted Lynn Kent, the Senior Pastor, as Executive Pastor.

Now Dennis coaches leaders and pastors across the country in over 40 states. He works with the Navigator  Church  Ministries, and helps pastor Anthem Church  in Portland, Oregon. Navigator church ministries presently helps over 500 churches with developing an intentional disciple making culture in the church. Dennis’s experience in Coaching over 650 leaders and over 50 coaches led him to write the resource training  book called “COACH THE BIBLE.” He developed over 9 topics of spiritual growth from Convictions to Emotional health. Each topic is connected to scriptures, stories and questions to generate discussion and learning in a one to one coaching situation. It will equip  any individual with the power of the Word of God to help people make changes in their lives.

His wife of 43 years, Mary Jane, and Dennis live in Gladstone, Oregon. Their daughters Regina and Rebecca live in Portland and Andrea is serving in a ministry in Tennessee. They have a grand child now named Archer.

Subscribe to receive email updates with the latest news.