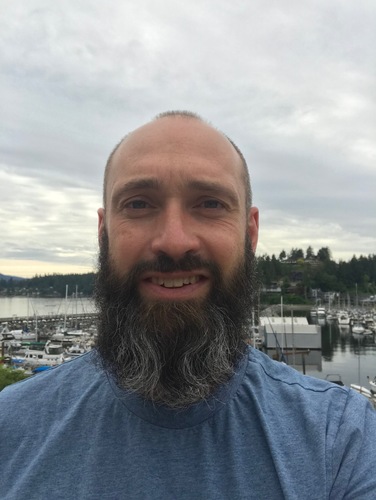 Matt Rowan has been involved in pastoral ministry for more than 20 years. Matt grew up in a christian home and made a decision for Jesus as a child but it was when he had graduated high school at the age of 17 that his personal relationship with Jesus took a place of priority and he began to grow.

Serving alongside his youth pastor, Matt sensed God’s call to pastoral ministry and in 1995 he headed off to bible college for training. It was there that Matt met his wife Lisa and they were married in 1998.

From bible college Matt went straight into pastoral position and served in a couple of children’s and youth roles. One of his early frustrations in pastoral work was not feeling equipped with good tools to help people grow as disciples.

In 2004, the Lord led Matt and his family back to his family stomping grounds on the Sunshine Coast where he continued to serve in youth ministry until he became the Lead Pastor of Christ the King Community Church in 2007 where he continues to serve.

Matt’s passions in the ministry centres on the teaching of God’s word and the focus of the Great Commission to “make disciples”. Over the years he has benefited from excellent hands on experience with skilled disciple makers which transformed his ministry and focused him in on the task of “making disciples”.

Matt and Lisa have three kids Jonah, Eli and Isabella and live in the beautiful seaside village of Gibsons, B.C.

Subscribe to receive email updates with the latest news.